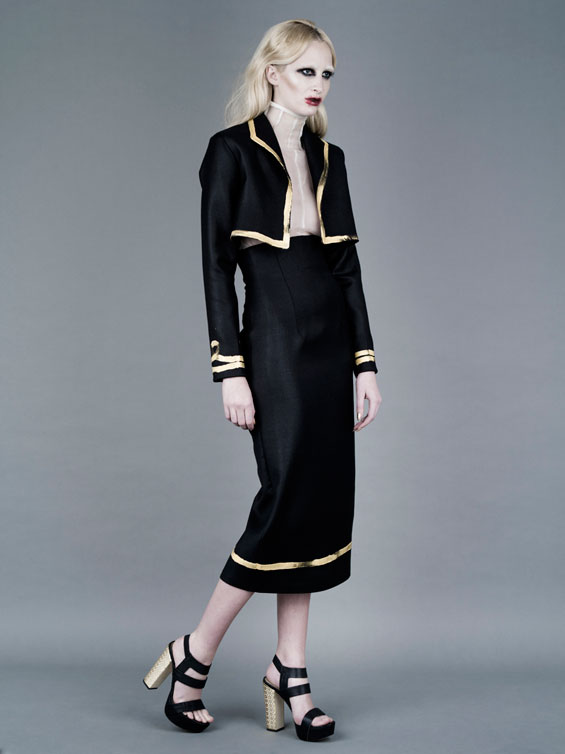 The collection titled, ‘Androdameia,’ is  named after an amazon warrior who was referenced to in Greek mythology as, ‘the subduer of men.’

Phoenix Keating has taken the notion of the woman behind the name and transformed the essence of her character into a modern form of power clothing.

The concept of hand painting the rich gold trims of military uniforms re-invents the idea of brocade itself as being 2D, raw and imperfect, but with the same disarming power.

Standout pieces in the collection include the gold splattered leather high-necked top and high waisted skirt both with a corset style lace up back and a gold painted pencil dress, worn with a floor length black pleated skirt.
‘Androameia,’ is the empowered modern-classic expression of a mythical woman whose legacy preceded her time. 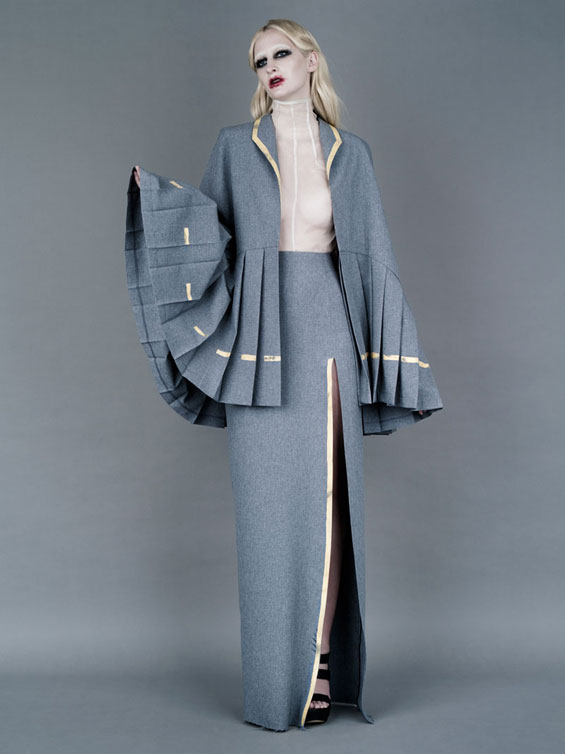 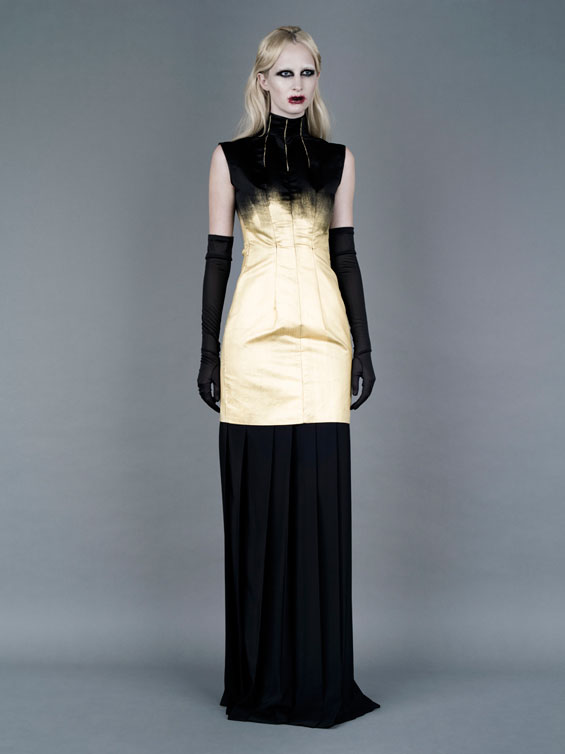 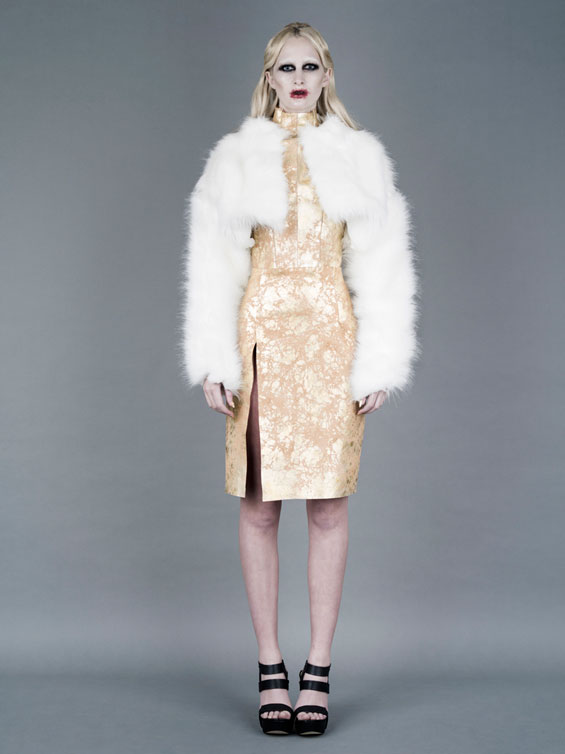 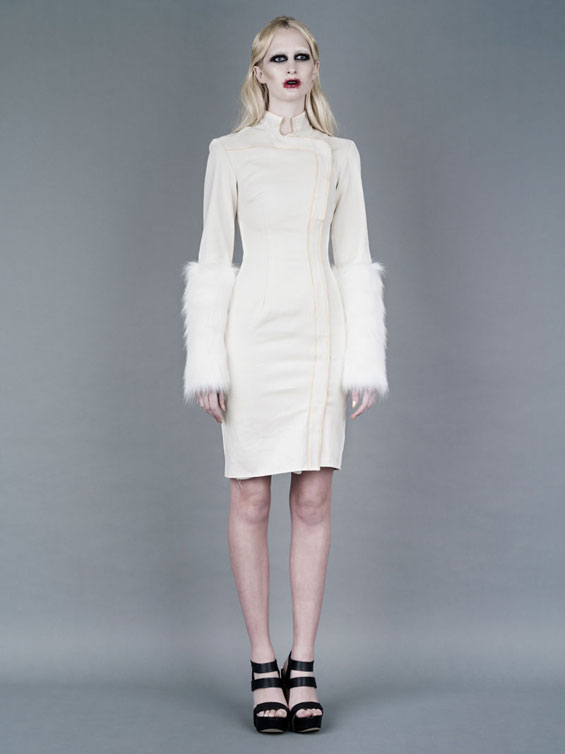 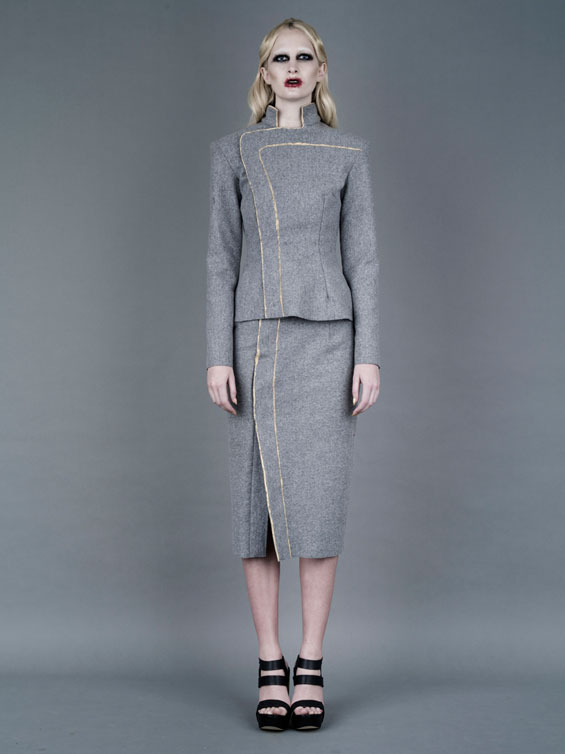 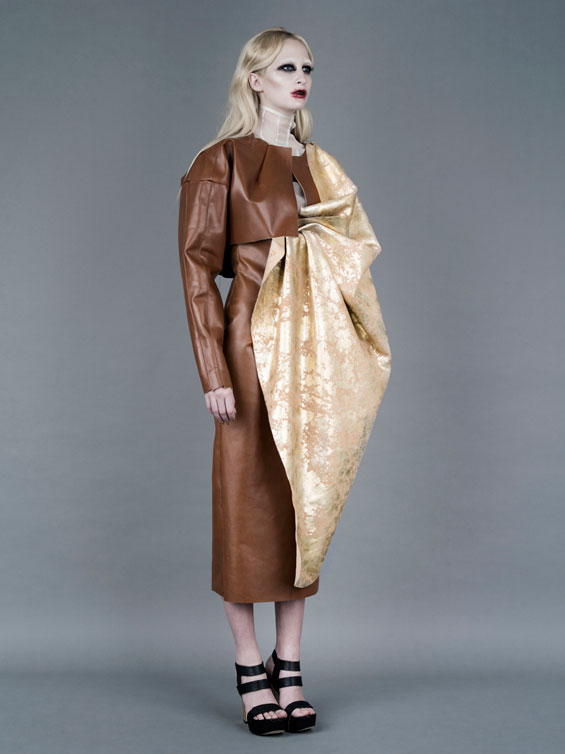 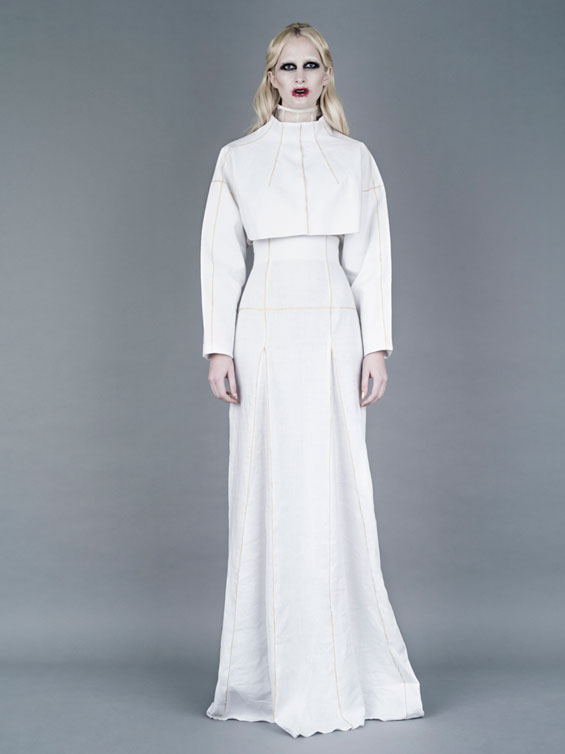 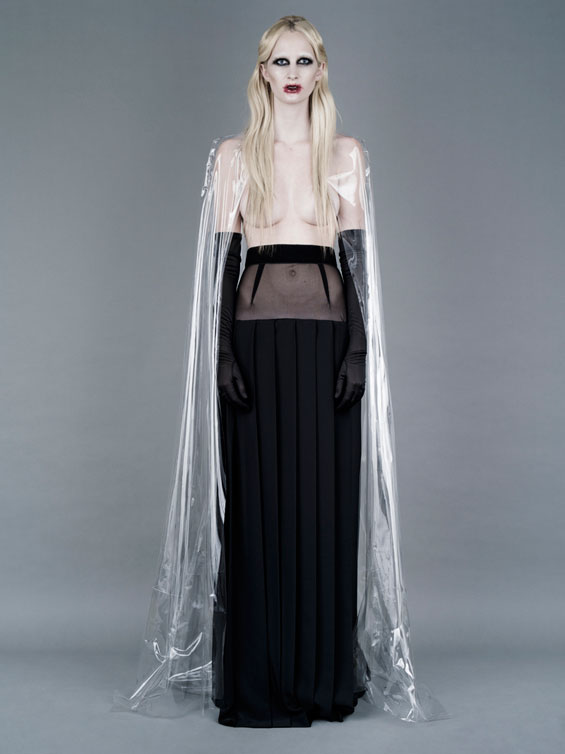 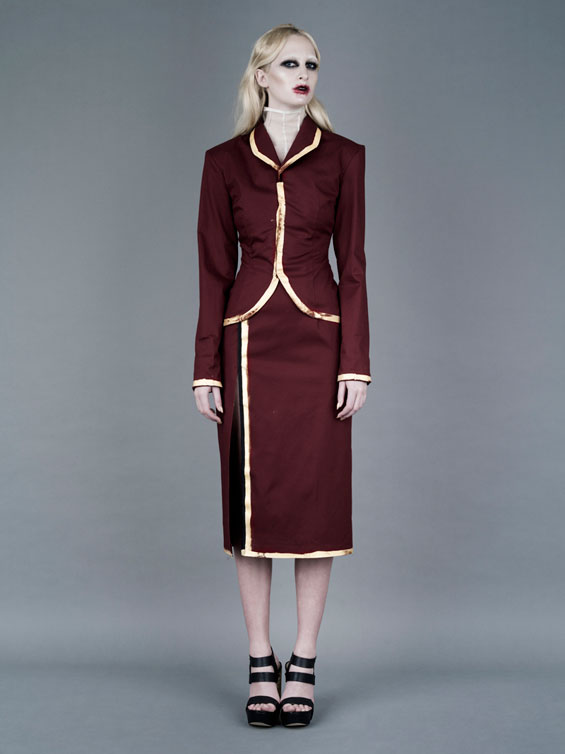 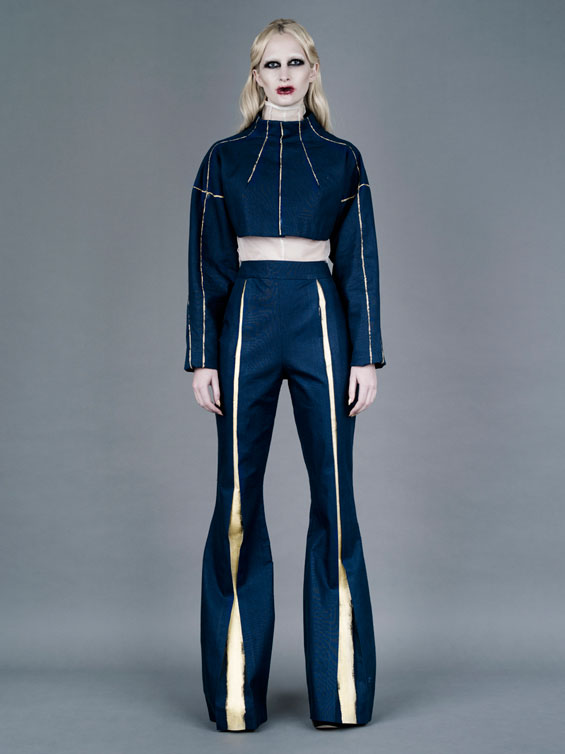 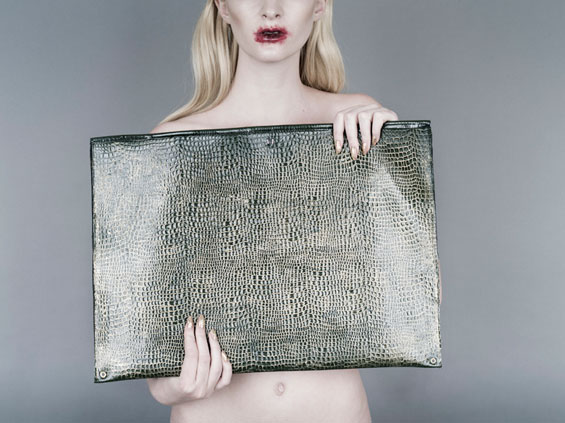 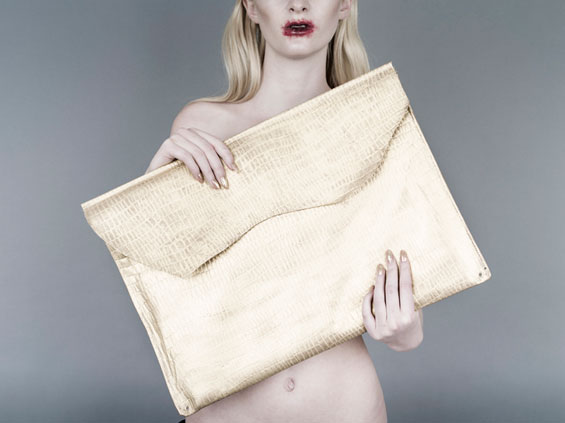 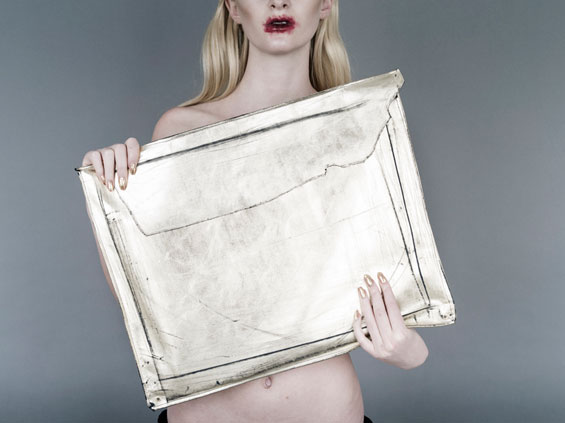 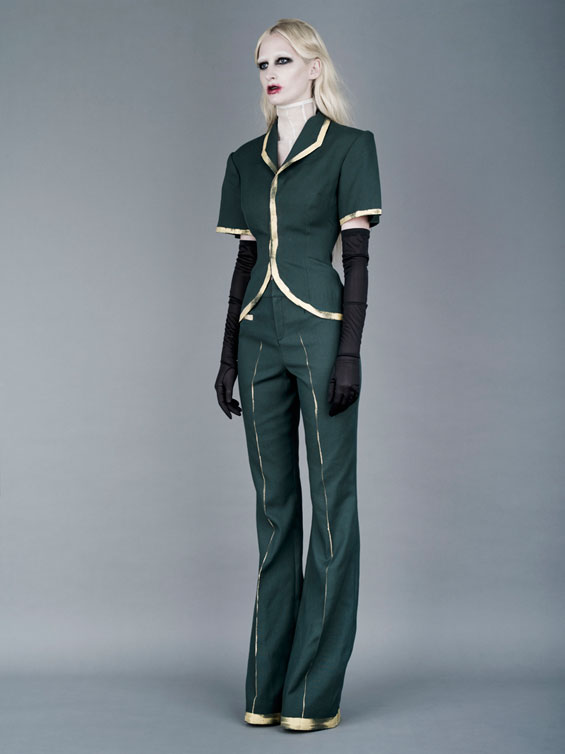